The image on the right is by Jonas Thörnqvist, an increadibly talented 3d Artist, and it is created using the mental ray skin shader.

Seeing some recent work from Jonas reminded me that I made some promises back in the day in this blog about tips on how to combine the "fast SSS skin" shader with the nice glossy reflective capabilities of the mia_material (i.e. "Arch&Design" in 3ds Max speak).

The trick w. the skin shader is that it uses light mapping. So the "material" that uses it must connect both a "surface shader" (the one which creates the actual shading) and a "lightmapping shader" (which is what pre-bakes the irradiance to scatter).

This is a tad tricky to do manually, and for this reason the skin shader is supplied as what is called in mental ray parlance a "material phenomenon". Well, suffice to say... it does all the magic for you! You don't need to think.

However, in some applications (notably Maya) this is different, and the skin shader comes shipped as a separate light mapping node and shader node, and there are scripts set up to combine them. Similarily for XSI, there exists a "split" solution already.

But the poor Max users are left behind. Like tears in the rain.

This is because a "material phenomenon" can't easily be combined with other things... coz it's a "whole complete package". And due to the peculiar requirements of the skin shader, it will not work if it is a "child" of some other material (like a Blend material in 3ds Max, or similar). So it's a wee bit hard to do from the UI.

However, what is not hard to do, is to actually write a different Phenomenon! As a matter of fact it is so simple, that I thought people would hop about doing exactly that left right and center. And indeed, Jonas, mentioned above, done exactly that. Which is why his renders are so cool.

It so happens I've had a modified version of the skin phenomena cluttering my harddisk for some time now... I just havn't gotten around to posting it before.

So, without further ado, here it is. It's experimental. It's unofficial. It's unsupported. If it makes your computer explode, so be it. Don't say I didn't warn you. Making no promises it even works. Etc.

Take the file skinplus.mi and save in your 3ds Max mental ray shader include autoload directory, i.e. it's generally something like:

"What, already?" I hear you ask. Yeah - indeed. This was a shortened development cycle to realign the release date of 3ds Max with other Autodesk products. Disregarding the marketing talk, it means that stuff had to happen in six months that normally takes a year. And being heavily involved in this release, I can say that I am still sweating from the workload....

For mental ray nuts such as yourself, there's some fun new stuff in 2009. Perhaps, most notably, is the hotly requested "mental ray proxies". 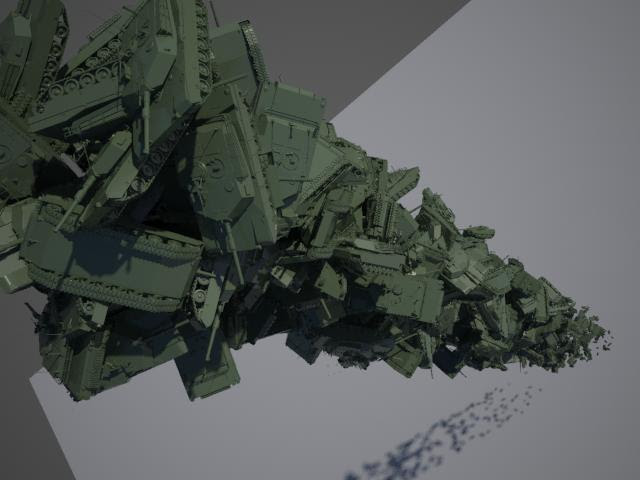 What is a "mental ray proxy", you ask?

Well, technically, it's a render-time demand-loaded piece of geometry. The particular implementation chosen for 3ds Max is in the form of a binary proxy. This means that the mental ray render geometry data is simply dumped to disk as a blob of bytes together with a bounding box. These bytes can then be read in... but not until a ray actually touches the bounding box!

Normally, geometry lives in the 3ds Max scene, and is then translated to mental ray data. So it means the object effectively lives twice in memory, once in 3ds Max, and once as the mental ray "counterpart". Not only does the proxies remove the translation time, it actually removes the need for the object to exist in all it's glory in 3ds Max; there is only a lightweight representation of the object in the scene, that can be displayed as a sparse point cloud so you can "sort of see what it is", and work the scene at interactive rates. Not until the object is actually needed for render is it even loaded into memory, and when it is no longer needed, it can be unloaded again to make room for other data.

One neat feature with the proxies is that they can be animated, i.e. mesh deformations can be stored (you can naturally just move the instances themselves around normally without having to save them as "animated" proxies, as a matter of fact, instance transformation is not baked into the file, only the deformations).

You can think of it as a point-cache on stereoids, because the entire mesh is actually saved - which means that topology changing animation (such as, say, a fluid sim) can be baked to proxies. Naturally, it'll eat lots of disk ... but it's possible. The animation can be re-timed and ping-pong'ed (so you can make, say, swaying trees more easily).

Now, creating proxies in the shipping 3ds Max 2009 is a bit of a multi-step process. I wrote a little script to simplify that, but it wasn't ready in time to make it into the shipping 2009, so you can find it here:

Now you should be able to right-click an object, and get a "Convert Object(s) to mental ray Proxy" option.

This allows you to convert an object and replace the original with a mr Proxy. Note this removes your original, replaces it (and all it's instances) with the proxy. It retains all transformation animation, children and parent links in all the instances. Now be aware your original is thrown away - do don't do this on some file which you do not have a saved copy of your carefully crafted object!!!

You can also select multiple objects for baking to proxies. This, however, works slightly differently. Instead of just a filename, you are asked for a file prefix, and the actual object name in the scene is then appended to that name.... so if your prefix is "bob", then "Sphere01" is saved as "bobSphere01.mib".

Now, this is an unsupported experimental tool. Be aware it will delete your original Object(s) - so save your original scene. It may have a gazillion of bugs, misfeatures, and may cause your computer to explode. There is no warranty that it'll even execute. But if you find it useful.... enjoy. ;) 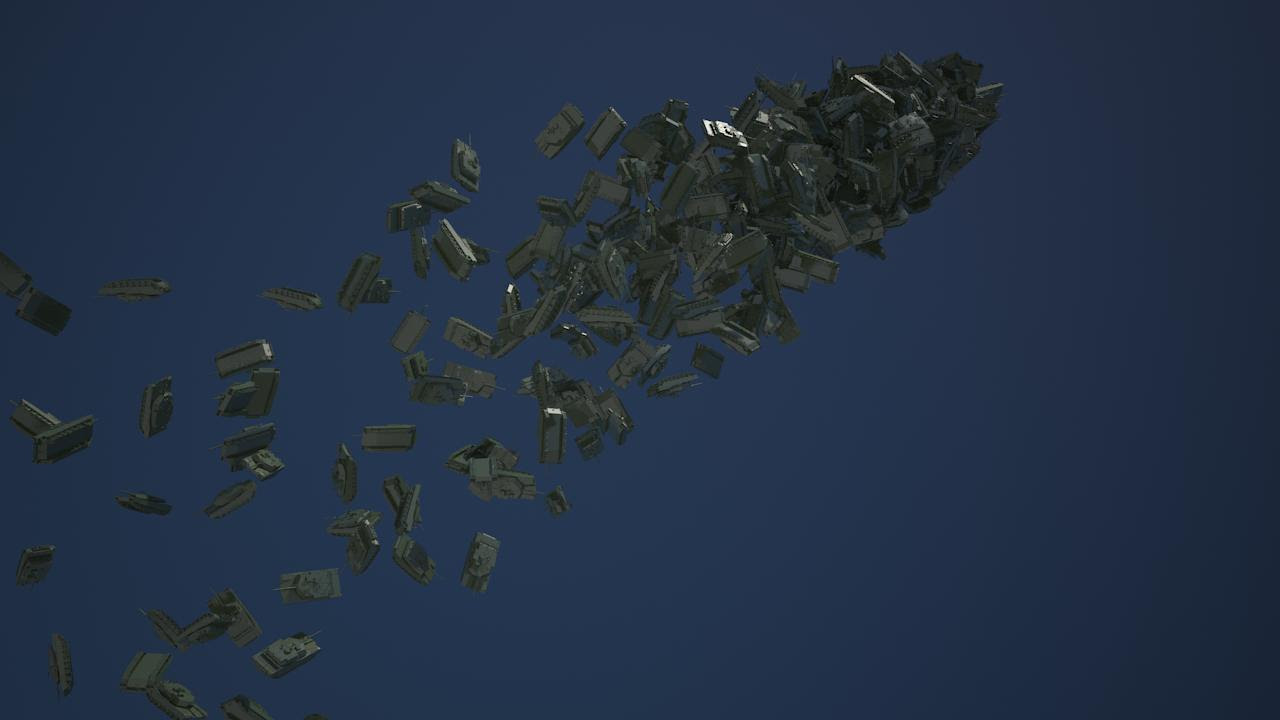 Now the next question I invariably get is this: Can you instantiate proxies as particles? I doesn't seem to work?

The story is this. Back in the day, 3ds Max had issues with handling many objects. Many polygons was easier for it to handle. And even today, I guess a million single-polygon objects will be much slower than a single million-polygon object, due to the per-object overhead.

Since the mr Proxies aren't meshes (they have no geometry as seen from inside max, they are helpers), they can't be copied as meshes. It won't work!

Luckily, the planet is filled with Smart People. One of these Smart People is named Borislav "Bobo" Petrov, and if you've ever used a MaxScript, you've heard of him.

Naturally, Bobo has a solution. Check out this post on CGTalk, where Bobo posts a script which can bake any scene instance to a particle flow particle system.

The script creates real and true instances of the objects, rather than trying to "steal the mesh faces". And by virtue of doing true instances, it works perfectly with the mr Proxies.

I honestly have no idea what the 3ds Max community would even do without Bobo, he's such a phenomenal resource. I've used Bobs stuff in the past, I stumbled there recently and saw that not only has Bob upgraded to HD for a lot of his effects, he has lots more than I ever saw before!

And there's also Kabumei, and Bob's other films....

Yes, this man is insane; he lives to blow stuff up, but he is sane enough to keep a camera nearby every time he does it...